Home > Blog > Architectural Styles/Architecture > What Makes a Cabin a Cabin: The Definitive Guide 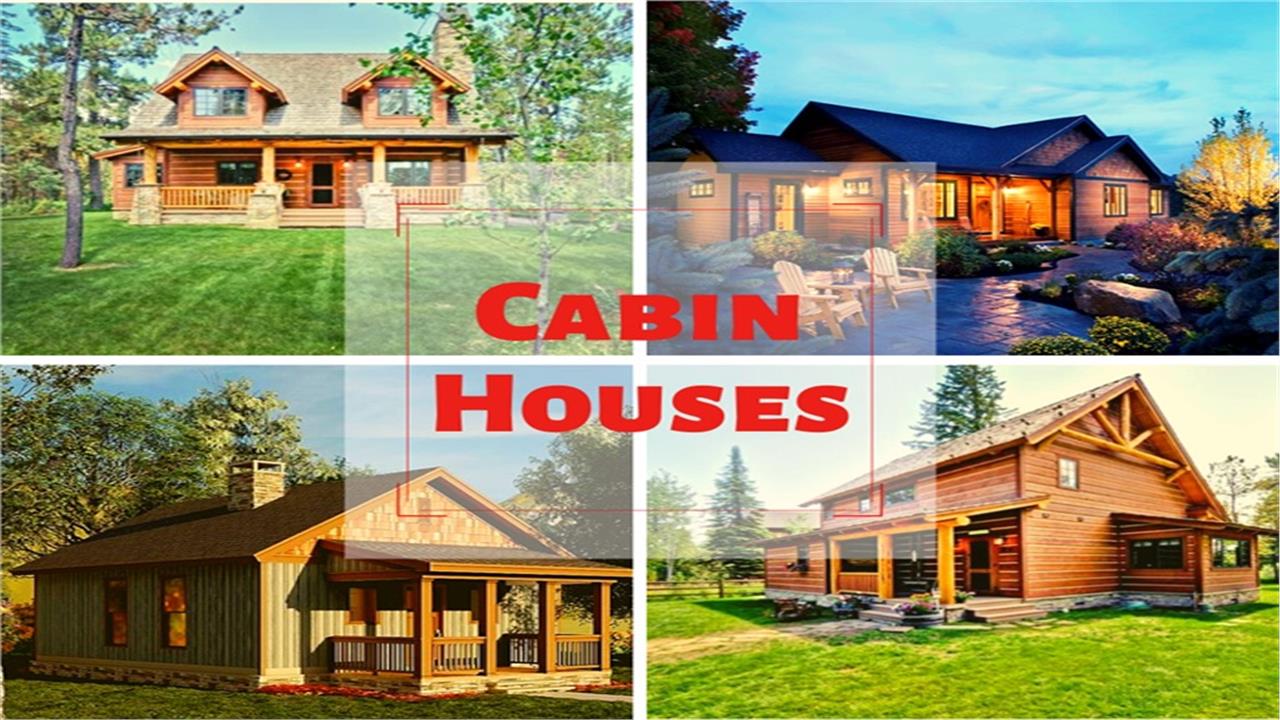 Years ago, while I was still living in New York City, I visited a friend who was based in Washington, D.C.  After getting off the train, navigating the public transit system in DC, and meeting my friend at Dupont Circle and walking around a bit, we hopped on the Metro, headed for her home.

Instead of the apartment in the city as the destination I expected, we were bound for what she called their weekend home – a log cabin in Reston, Virginia. I was excited at the prospect of seeing this cabin – as images of Little House on the Prairie raced through my mind. I imagined one of these cozy and quaint structures – like the vacation cottages in island resorts.

I was waiting to see a small but comfortable, warm, and relaxing weekend home. 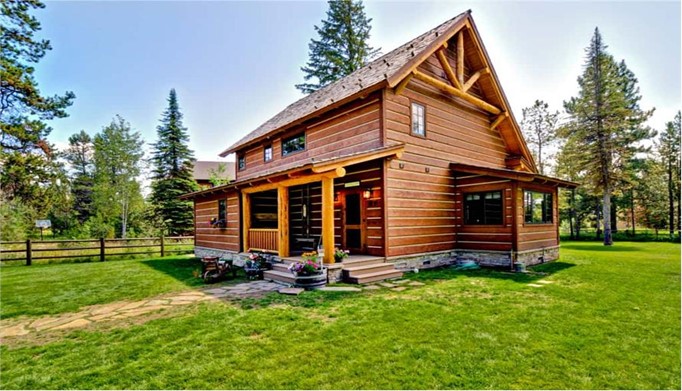 Even from a side view, this fabulous two-story log cabin showcases tremendous curb appeal and a full picture of its lush surroundings. With 1,362 square feet of living space, there is plenty of space for a covered front and rear porch, two bedrooms, two full baths, family room, dining area, kitchen with a walk-in pantry, laundry room, mudroom, a home office on the second level that converts into an occasional guest room (Plan #205-1018).

When we got off the train, her husband was waiting. After saying our “hellos” and loading luggage, we immediately drove to their weekend retreat – a spectacular two-story log cabin situated at the center of a rolling expanse of land in the country. Inside the log “cabin” was a very spacious Great Room with a modern kitchen/dining/living areas, three huge bedrooms, two baths, and a powder room. A magnificent loft that was used as an office and additional sleeping space overlooked the main floor. There was a sundeck at the rear of the house. And, on the lower level – there was a luxurious guest suite with its own spacious living room, bathroom, and full kitchen.

So much for my idea of a little cabin in the woods. 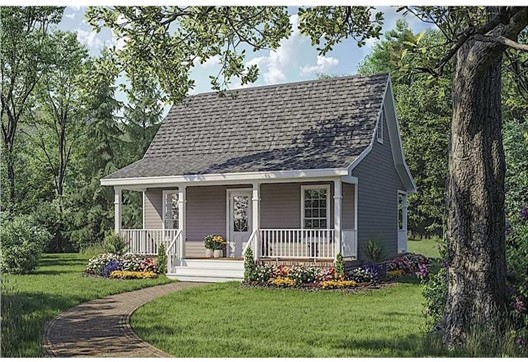 Set in serene surroundings amid large trees and foliage, this delightful 800-square-foot "country cabin" paints the popular image envisioned for the traditional cabin in a quiet remote area. The charming home includes two bedrooms, a full bath, and an inviting covered front porch as well as a screened-in rear porch for summer evenings (Plan #141-1008).

What Is a Cabin, Really?

Like most people, my concept of a cabin plan was that of a conventional little rustic house in the woods or a lake. While a house is basically any structure where people live – usually with one or two families, a cabin in the traditional sense, is a small and simple dwelling built from logs and plain tools.

Ultimately, the difference between a house and a cabin has more to do with size, how it was built and who built it rather than materials used to build it or the style. The earliest cabins were less sophisticated in architecture because they were constructed by the person or persons who planned to live in the dwelling and not by professional builders. The cabin’s humbler beginning is characteristic of the rustic and rural areas of frontier America.

Characteristics of a Traditional Cabin

Originally one-story structures designed for one person – the settler or homesteader in the early days of discovery in the U.S. – cabins were fashioned from found materials. They eventually accommodated homesteading families. There were a few common characteristics among these early cabins:

1.  They were built from logs harvested from from old-growth trees with a straight trunk that had few knots and little taper. These logs were laid horizontally – without nails and interlocked with notches at the corners. The logs maintained their stability from simple stacking. 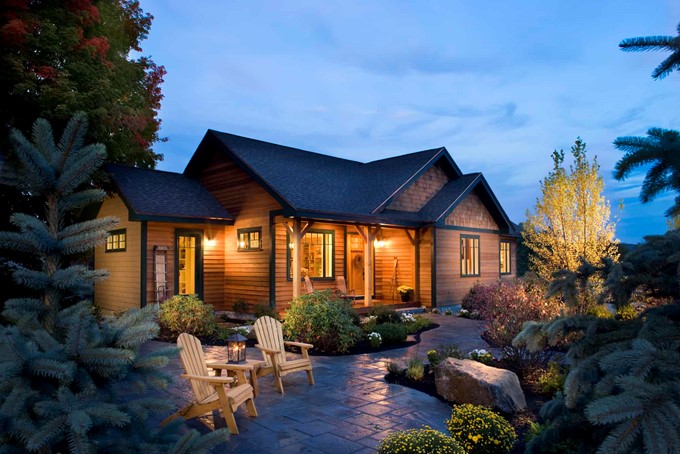 An enchanting one-story cabin shows the logs stacked up in a horizontal style and the slightly raised foundation to prevent damp soil from seeping into the home. The charming log cabin packs a lot of features in its 1416 square feet of heated and cooled living space.: covered front and rear porches, three bedrooms, two bathrooms, open floor plan with family room (Plan #205-1017).

2.  A frontier cabin provided sunlight and drainage to effectively cope with the trials of frontier life.

3.  The proper site was important when the early cabins were built – and had to be in an area best suited to manage the farm or ranch.

4.  The corners of a frontier cabin were set on large stones that also supported thresholds. Cabins were eventually also set on foundations to keep them out of the damp soil and allow storage or basements to be constructed below.

5.  Roofs were either a purlin roof structure – with horizontal logs notched into the gable-wall logs – or a rafter roof, which forms the distinctive triangular gable. 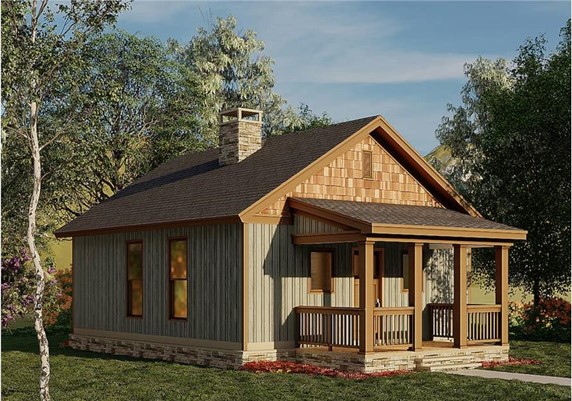 Whether your dream rustic dwelling is in the woods, in the mountains, by a lake or a stream, consider the construction options that will make your “fantasy” a reality. Lets look at the four construction types that are commonly used for cabins.

The quintessential log cabin is the picture-perfect rustic home. If you want log construction, there are several choices. 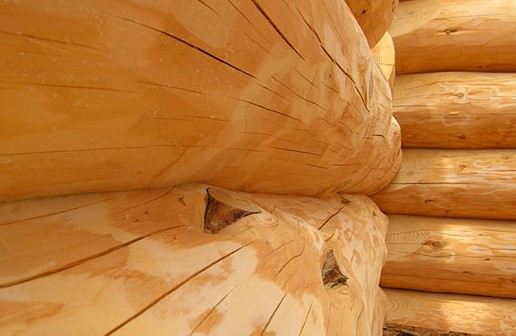 Handcrafted logs are carved and then cut to fit together according to the design or floor plan of the log home (photo credit: Handcrafted Scribe-Fit Log Home Closeup by RobertWoodChambers under license CC BY-SA 3.0). 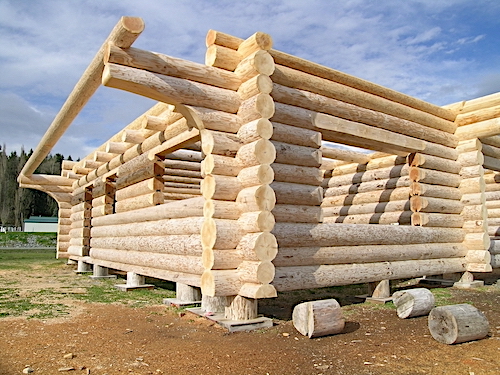 The milled log look: pre-cut pieces are stacked together either by tongue-and-groove or an interlocking style like a jigsaw puzzle (photo credit: © Scott Patterson | Dreamstime).

Among the advantages of log construction are its unique aesthetics and flexibility to adapt a variety of styles, ranging from Early American to eclectic, classic Western ranch.

With the timber frame or post-and-beam construction, the natural beauty of the wood is brought to the interior of the cabin with amazing soaring ceilings. Like the log cabin, the timber-framed home can also take on a variety of architectural styles. In addition, it can be weathertight – through enclosure systems that wrap the frame in an envelope of insulation. 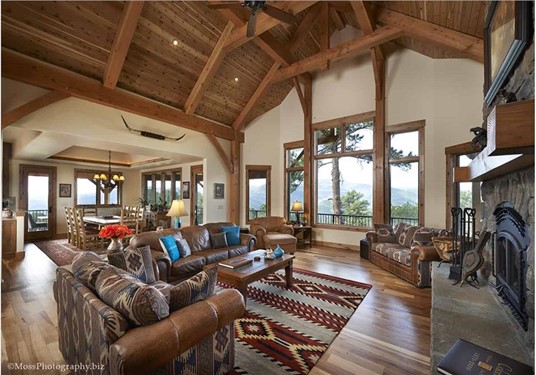 Do you want the “wow” factor in your cabin? Look at the amazing, exposed beams on the vaulted soaring ceiling in the Great Room of a four-bedroom mountain home. The luxurious two-story “cabin” has a total heated area of 4,960 square feet on the main and upper levels. There is a main floor master with a private deck, kitchen with an island and walk-in pantry, three fireplaces, covered front and rear porches, four bathrooms, powder room, main level laundry, home office, game room, and other amenities (Plan #205-1021).

Cabins constructed using dimensional-lumber framing – referred to stick built – can be designed in any style. You can choose shabby chic, mountain rustic, farmhouse, or a traditional cabin. All the construction is entirely on site, with all the lumber brought to the construction site and assembled one stick at a time to frame the walls and roof.

Built in sections (or modules) in a factory, modular cabins are delivered to the construction site to be placed on a permanent foundation for final assembly. They are upgraded versions of prefab cabins in their size and a few specialized building and set-up components.

The Cabin of the 21st Century

Today’s cabin can be a luxurious vacation retreat in the mountains or a spacious traditional style home built with milled logs that give the exterior a rustic appeal – more appropriately called a "log home." Here, location and material are defining attributes. In keeping with the times and advanced technology, these log homes are constructed with a high degree of sustainability and considered to be on the cutting edge of green building.

With the addition of modern amenities to the original cabin design, the best of the 21st century can be enjoyed in the “humble” dwelling.

The log cabin has been a symbol of humble origins in U.S. politics since the early 19th century. At least seven presidents of the country were born in log cabins: Andrew Jackson, James K. Polk, Millard Fillmore, Franklin Pierce, James Buchanan, Abraham Lincoln, and James A. Garfield. 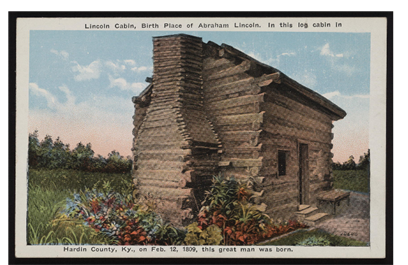 While the origin of log cabins is uncertain, signs of the structures were evident as early as 3500 BC in Northern Europe. Historians recorded the Europeans as building several forms of log housing with the use of both round and hewn logs. Throughout the years, their log building evolved from a small gable-roof cabin of round logs with an opening in the roof to vent smoke to more sophisticated logs with interlocking double notch joints.

In the U.S., the first log cabins may have been built around 1640 by settlers in a Swedish colony that developed in the Delaware River and Brandywine River valleys. In these forests, the cabins are believed to have been built by settlers called the Forest Finns, a Finnish ethnic group that was displaced and persuaded to inhabit the deep forests of inland Sweden and Norway during Sweden’s colonial rule over Finland and members of which emigrated to the U.S.

The early settlers in America often built cabins as temporary homes to live in while their larger, permanent homes were under construction. Then, they were either used as barns, chicken coops, or altogether demolished. 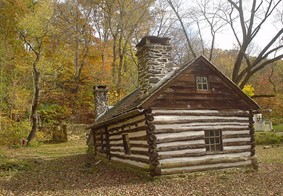 The historic Lower Swedish Cabin in the Drexel Hill section of Upper Darby in Pennsylvania may be one of the oldest log cabins in the United States (photo credit: Public Domain).

What’s in a name? Cabin, cottage, mountain lodge – these are all homes that can be adapted to the most stylish and modern architectural designs to provide comfort, warmth, and security.

Footnote: The top left photo in the lead image of this article is a gorgeous log cabin plan with a total heated area of 1,362 square feet of space with two bedrooms and two full bathrooms. For more details on the spectacular home with the covered front porch and an open floor plan, go to Plan #205-1018. 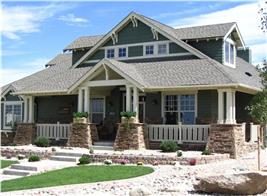 Defining Features of an American Classic: The Bungalow 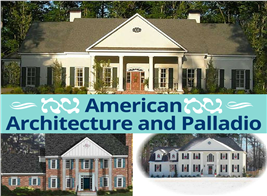