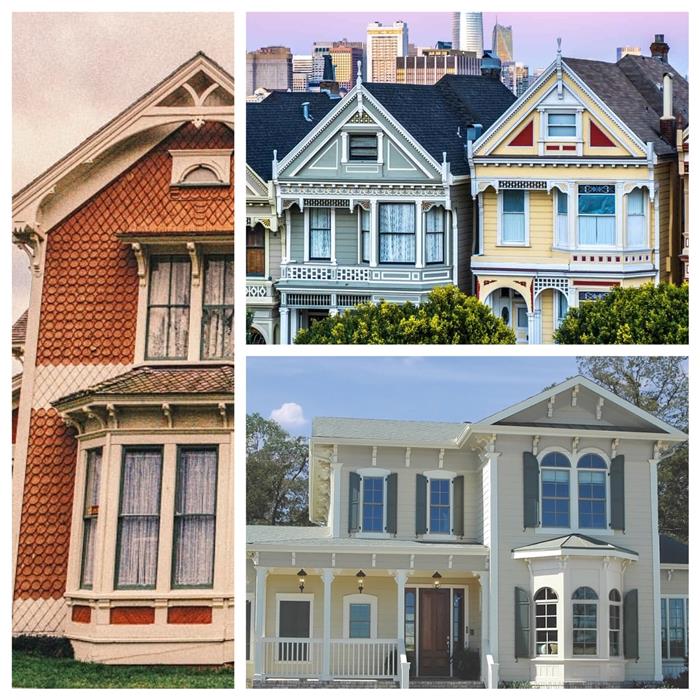 With its turrets, gables and ornate trim, the “Victorian” house may be deemed as Bleak House or The House of the Seven Gables as depicted in classic literature.  Quite the contrary.  Perhaps the most colorful, romantic and vibrant architectural style, the “Victorian” took flight during the reign of Queen Victoria (1837-1901) when the Industrial Age was in full force.

The “Victorian” style has been called “the first product of the American Industrial Age.” When the Industrial Revolution reached American shores, manufacturing became more advanced; new techniques and products emerged.  Modern paint technology gave rise to an explosion of vivid colors and combinations. Raw materials, wood trim, and fabrics were readily available at affordable prices. All these developments propelled the creation of new and exciting innovations.

As urban areas in America prospered, a new middle class emerged, with its own ideas of urban living and styles. The new urbanites had their individual vision of frames and designs for the homes they would build. 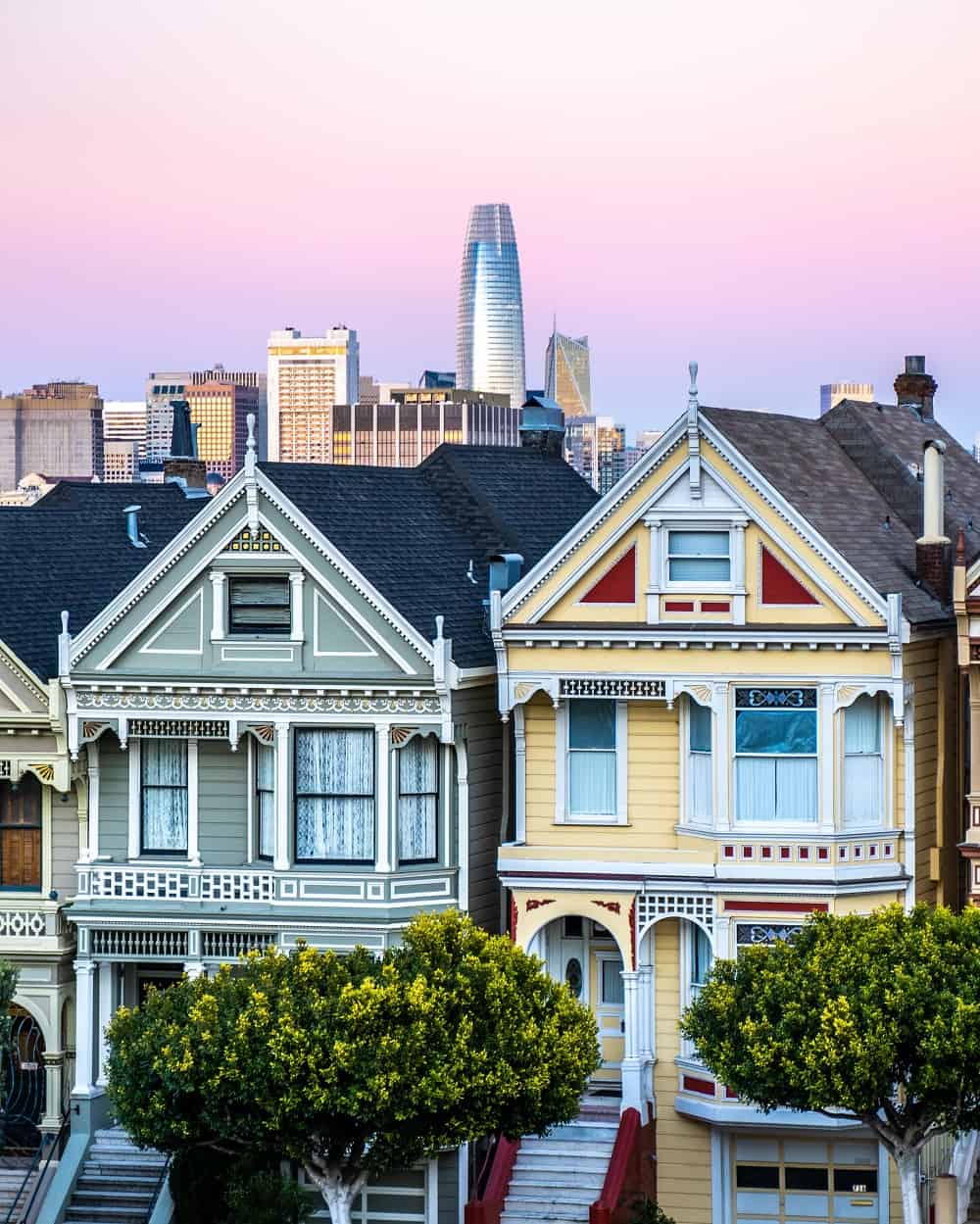 Two fine examples of traditional Victorian style row houses in San Francisco. Note the detail in the trmwork, the use of contrasting colors and the bay-shaped windows. (Photo credit: Alex Le Moëligou on Unsplash)

The Victorian-style also proved very popular with homes in the countryside as well as the new-emerging suburbs. 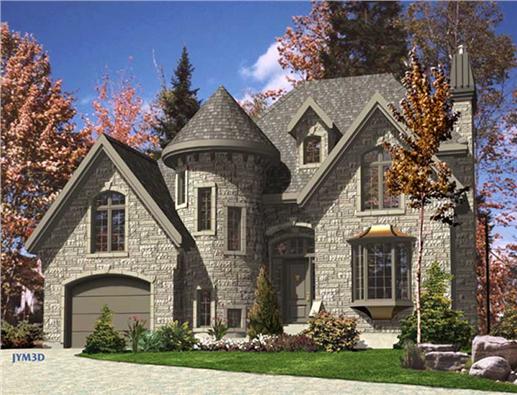 This two-story Victorian style home with a rock/stone exterior has three bedrooms, a fireplace, and a family room. (Plan 158-1078) 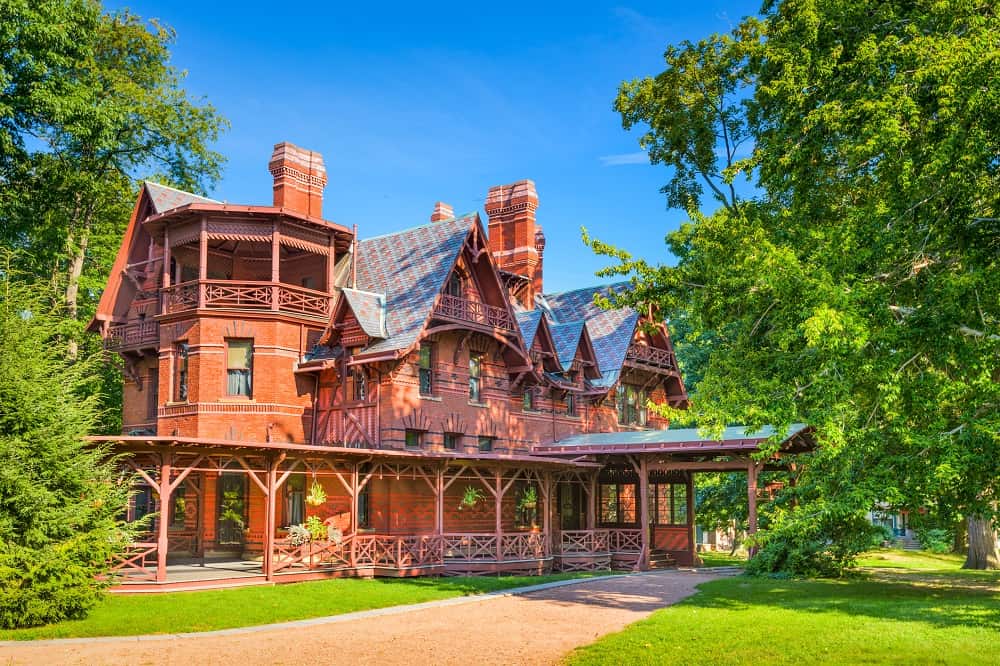 Mark Twain’s house in Connecticut was built in 1874 and a classic example of fine Victorian architecture. It was in this home that he wrote The Adventures of Tom Sawyer, Huckleberry Finn and A Connecticut Yankee in King Arthur’s Court. (Photo credit: © Sean Pavone | Dreamstime.com

A Break From Traditional Shapes and Colors

With all the “newfangled” notions now at their disposal, potential homeowners were emboldened to break away from traditional shapes and colors. Out went the usual rectangular, square shapes and monochromatic colors. In their place were the distinctive asymmetrical facades of the Victorian home along with interesting rooflines, bay windows, patterned shingles, decorative trim, and multi-colored walls. 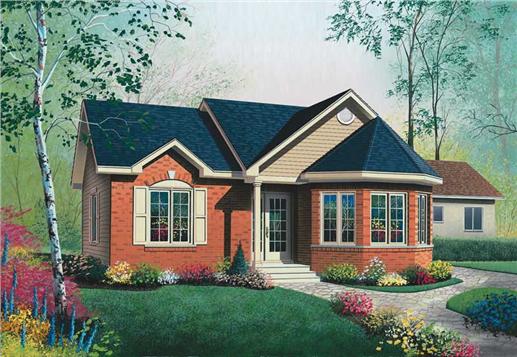 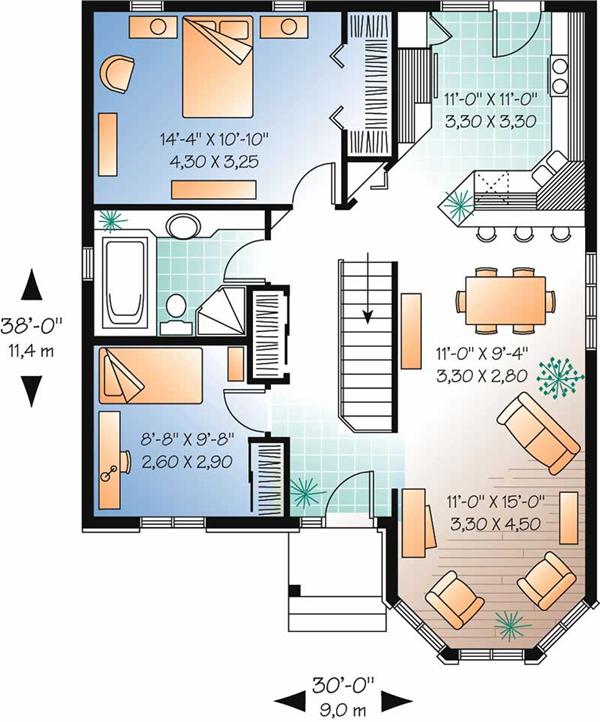 This simple one-floor Victorian home has a front porch and a mud area leading to the garage. Plans for the second floor are also available. (https://www.theplancollection.com/house-plans/home-plan-12084)

The Victorian style, which featured a variety of designs within its genre, became a dominant style in the United States from 1880 to 1910. Two of the most popular “Victorians” during that period were the Gothic and Italianate.  The Gothic style (constructed of brick and stone, and sometimes, of wood) and the “more practical” Italianate” (which can be stately or rustic) remained affordable for the middle class. Their most vocal proponent was Andrew Jackson Downing, a renowned architect and landscape artist, who with Frederick Law Olmsted, was responsible for landscape architecture in the U.S.

The enduring popularity of the Victorian is rooted in its diversity, decorative features, elegance, and charm.  Even in the 21st century, architects and designers continue to build these homes. Art lovers – who opt to restore, instead of build new Victorians, look for “originals” that they can renovate and enhance.

So, it’s time to throw that “Bleak House” vision out the window.. and say hello to the real Victorian: charming, appealing and timeless. 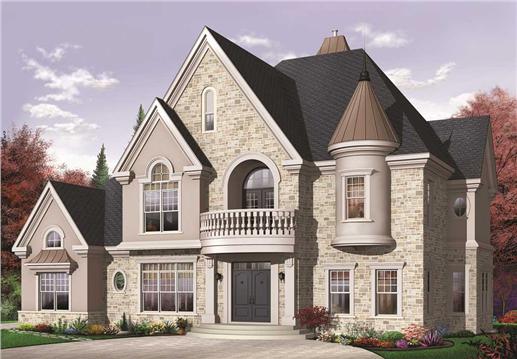 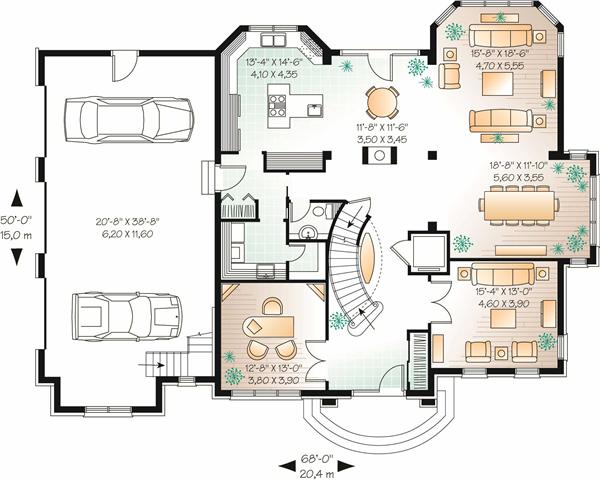 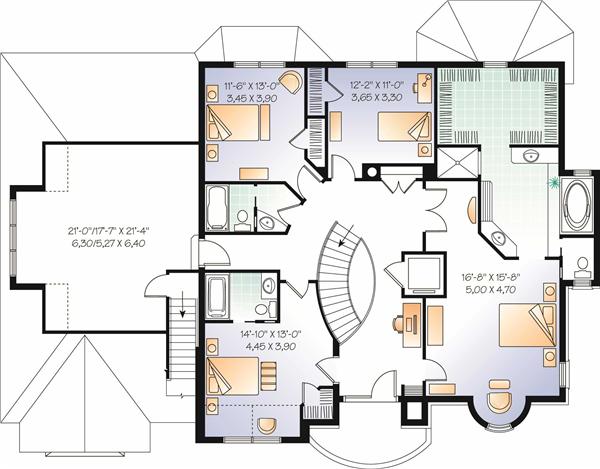 The stately Victorian home has two floors and features double doors, balcony, turrets, four bedrooms and three garage bays.
Floor plans are above and to the left.

This Victorian mansion in Bronxville was built in 1896 and has been well maintained.