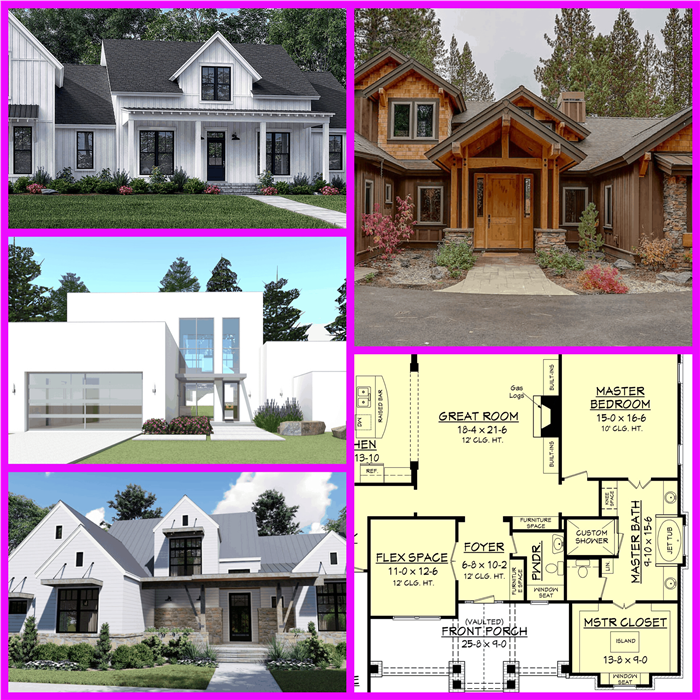 From the extra bedroom to the unfinished bonus areas, most homebuyers in 2013 chose plans that provided plenty of living space for their families – and to enjoy with them.  A new study - U.S. Census Bureau 2013 Characteristics of New Housing - showed that the average size of a new home was a record-setting 2,598 square feet. This figure of almost 2,600 square feet topped 2007’s record of 2,500 square feet. While a casual observer may conclude this represents a return to the “McMansion,” a closer look at the data and the home designs themselves suggests homeowners are building “forever” homes that will accommodate growing families and aging parents or grandparents. 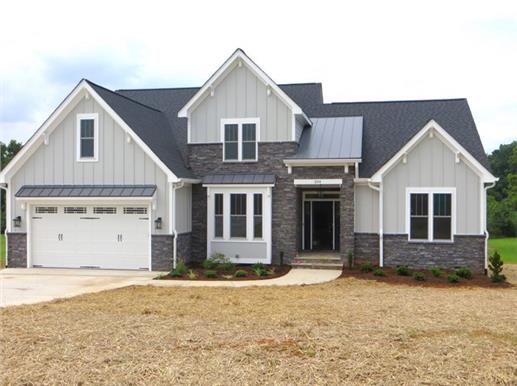 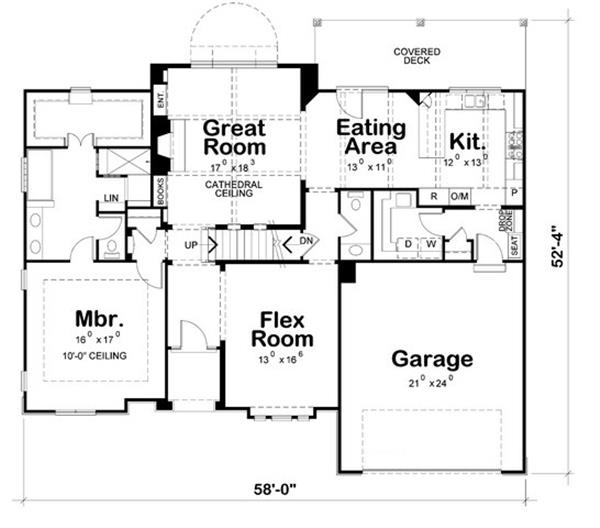 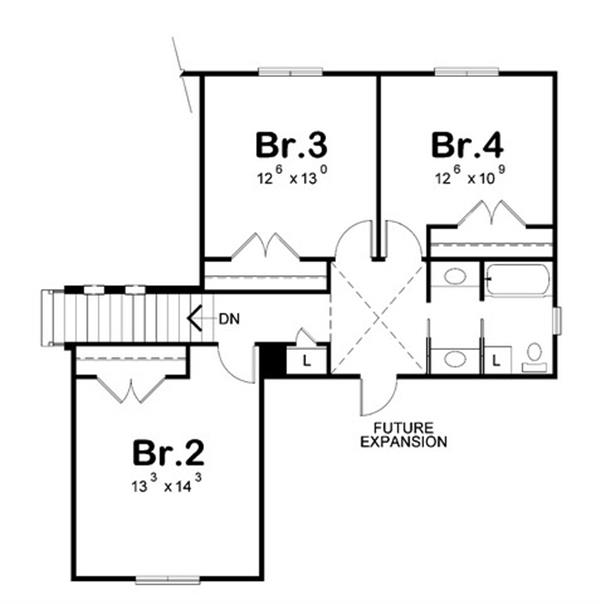 What other trends came out of the Census Bureau study?

Of the 569,000 single family homes that were completed in 2013, over 90% had air conditioning, and 44% had four bedrooms or more – indicating the increasing popularity of these house plans. Other trends that are observered by the US Census Housing Characteristics survey include: 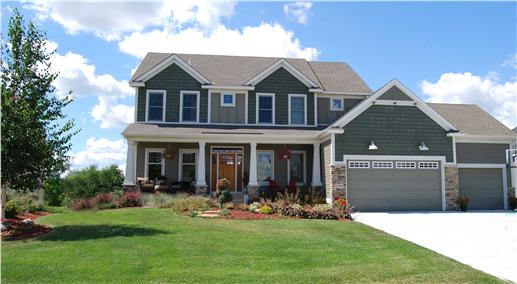 A two-story house plan (# 146-1917) with four bedrooms and three garage bays has a simple symmetrical façade. A covered front porch invites family and guests into an open kitchen, Great Room, dining area and a sun room.

So has the housing market really turned such a corner that Americans are buying/building bigger? Not exactly...

What do new single-family home buyers want –and plan – for all that space?

Yes, Americans are buying or building bigger homes. But a very distinct difference from pre-crash years and the McMansion era is the focus on family needs instead of the flashy and unnecessary.

For most buyers, an extra bedroom and bathroom are attractive options.  Sometimes, the open floor layout of a bigger home is more attractive and flexible for potential needs. More than a desire for larger homes, the American homeowner is “sizing up” to accommodate family members – from in-laws to aging parents, or adult children who have returned home temporarily.

Other buyers want something that’s built-to-last – one they can enjoy from their middle years to their senior years.  Instead of a trophy home, they want to build a “forever” residence that’s friendly to a future senior lifestyle – thus the appeal of having a comfortable master suite on the first floor. 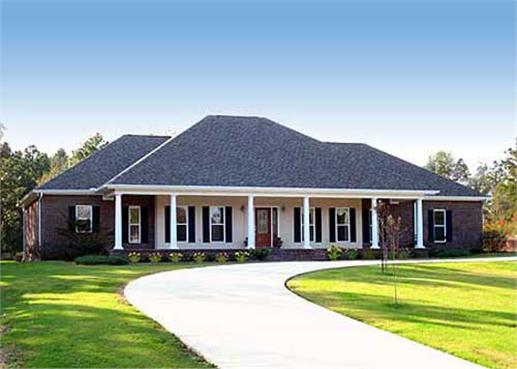 This beautiful ranch with a wide front poch (above) includes four bedrooms plus large and comfortable rooms. The spacious floor plan (#123-1004) (below) has two covered porches, sun room, two-and-a-half baths, including a master bathroom with a his-and-her layout, and guest bedroom. 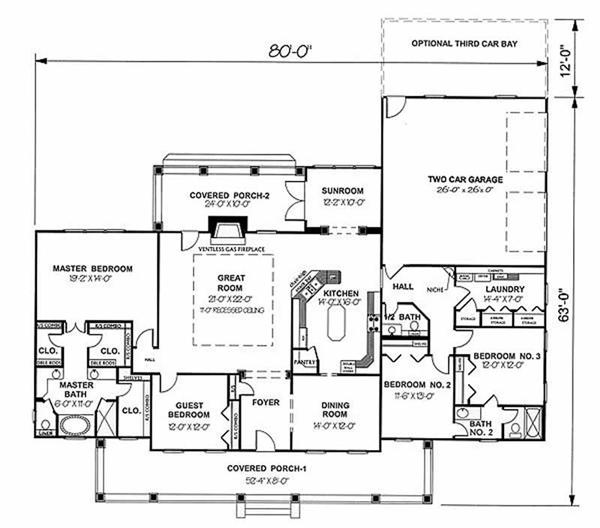 Below are interior photos of this home, including the master suite and Great Room. 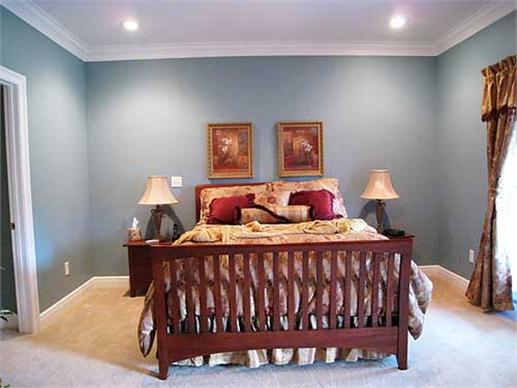 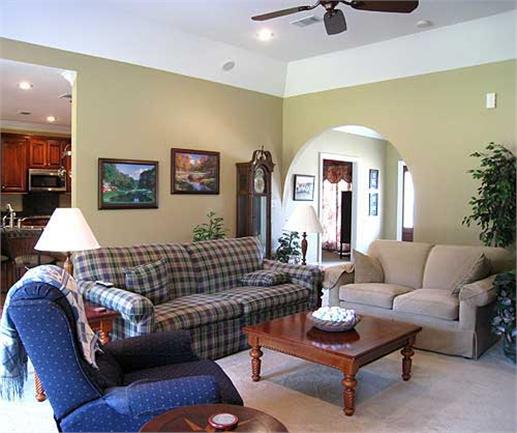 Who can afford these large homes?

Unlike the McMansion era when people bought and flipped properties on a whim because of lax credit and financing requirements, home buyers today generally must have a strong credit rating to secure a mortgage on attractive terms. Those with great credit can afford and choose to buy/build a larger home.

And with the lower interest rates – translating to lower monthly payments – a larger home seems to be more affordable today than in past years.

Will the average home size keep getting bigger?

Analysts and other housing experts do not expect the “bigger house” trend to continue for a prolonged period. 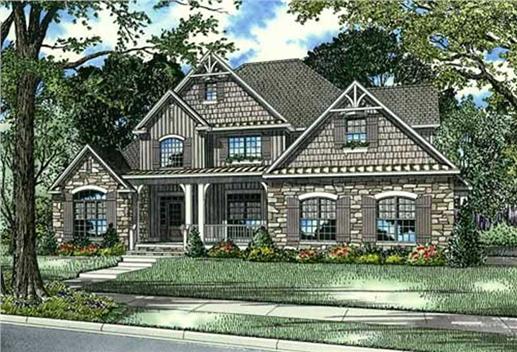 A two-story Craftsman plan (# 153-1786) with four bedrooms a covered porch, foyer, Great Room, fireplace, kitchen, breakfast and dining rooms. The master suite and study/guest room are on the main level. On the right is a one-and-half story, four-bedroom house plan (#153-1213) with a patio, hearth room, Great Room with French doors that open to a rear grilling porch. 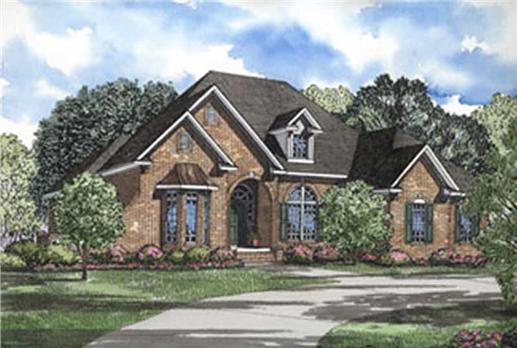 As the middle/lower end of the market is still struggling to get financing, smaller homes often are not being built in numbers that they once were. But once the housing market opens up, and allows average home buyers and others with lower incomes to weigh in, experts believe there will be a greater demand for smaller and smarter homes around the country.  As credit eases, we may see a trend towards wider diversity of home building – especially homes that cater to new family formations.

Instead of the pretentions of the McMansions, the new and bigger homes are all about family needs.  The focus is on who and how many live in these four-bedroom/three or more bathroom households. If aging parents or in-laws are with the family, then they build a bedroom on the main floor; or renovate/repurpose space to add living quarters that are comfortable, cozy and pleasing.

Even the increase in outdoor features like porches, patios, and decks indicate the appeal of socializing and interacting with each other within the home’s open spaces.

With all the emphasis on family, quality time and permanence, there is reason to believe that American home buyers in 2013 are looking to live in their homes through their senior years --- and perhaps, even hand them down to the next generation.

The table below provides an overview of the 2013 Housing Characteristics: