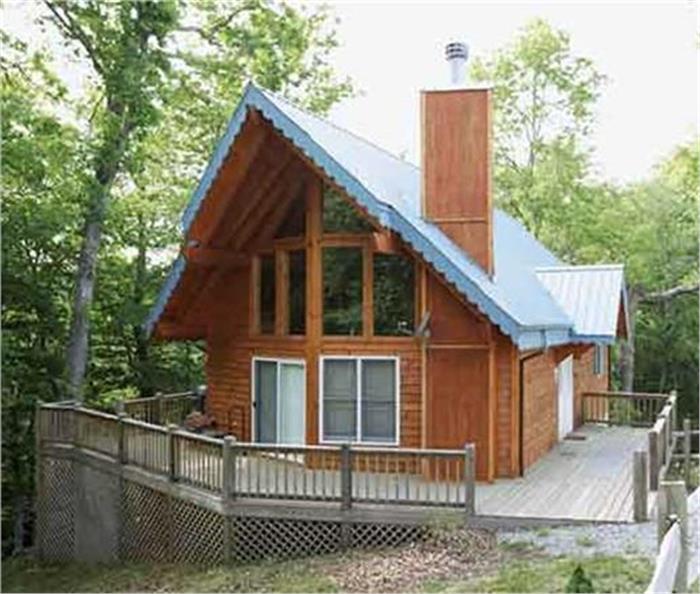 No, it’s not Elvis... but the triangular A-Frame house plan design with its striking, dramatic and steep rooflines was taking the country by storm in the 1950s -- and it is finding plenty of fans today in it form as an affordable vacation home or mountain retreat.

While by no means an extravagent home design, the A-Frame is a striking one. It is also an affordable house plan to build, which may explain some of its recent popularity. Home builders and homeowners looking to build a vacation or second home often find the A-frame design particularly attractive both for managing a buget while also building a design that makes a statement.

The A-frame’s unconventional roof shape, open floors and decks, large windows, eaves and gables fueled the mood for fun and whimsy.  Whether the home was in the mountains, the wilderness or lake areas, the A-frame design was perfect. At vacation spots in snow country, the sloped roof prevented the collection of snow. In addition to its versatility, the A-frame was easy to build and economical. 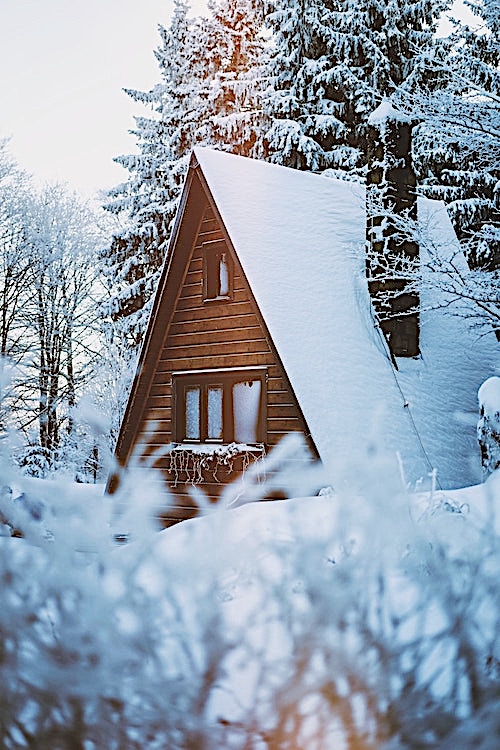 A primary advantage of the A-frame's design is its ability to shed snow and withstand high weight loads in aeas with massive snowfall (Photo: Michal Janek on Unsplash).

The A-Frame’s Rise to Popularity

The idea of living in an A-frame was inspired by Rudolph Schindler, an Austrian-born architect, who worked for Frank Lloyd Wright in Chicago, and then eventually settled in California. Schindler built a home in Lake Arrowhead, California in 1936 for costume designer Gisela Bennati. The house’s A-shaped roof that almost reached the ground, open floors, and glass gables attracted much attention.

It was not until the 1950s that the A-frame actually took flight when young architects from Northern California designed and constructed variations of the style.  Much like the Chicago Group that pioneered the Prairie Style, these bold architects found new ways to experiment with interiors, entrances, and outdoor fixtures in their creations. The Postwar years were times of economic boom and progress. The U.S. was prosperous, jobs abounded, and the middle class was thriving. All around, the mood was of optimism, adventure and experimentation.  Things were so good that people could afford a vacation home or weekend hideaway for relaxation and fun.

In 1951, John Campbell developed a plan for a Leisure House, “an affordable and attractive design that engendered more initial interest in the triangular form than any other.”  Campbell’s concept was of a simple house with a plywood exterior and white interior with minimal furnishings – a place adaptable for the winter and summer and suitable for all seasons.  He packaged his plan and successfully marketed it nationwide. A year later, Campbell built his own Leisure House in Mill Valley, across from the Golden Gate Bridge. It was the perfect embodiment of his design – simple, versatile, affordable and fun.

The A-frame’s popularity surged through the next two decades as more architects around the country offered up their own interpretations of the triangular house.  One of them was renowned New York architect Andrew Geller who built A-frame beach houses on Long Island. The most widely publicized was Reese House - completed in 1955 in Sagaponack, NY.  Geller’s A-frames and other beach houses were modern, innovative, inexpensive, and playful, with shapes described by The New York Times as “whimsical." 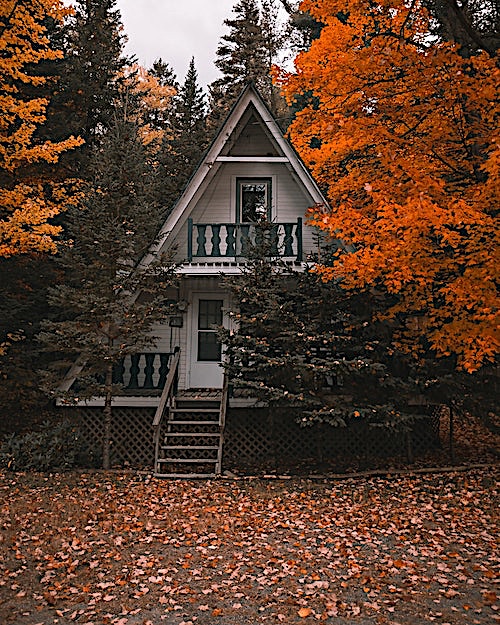 Whimsy comes to mind with this A-frame house in the woods. The intricate gingerbread-like railings on the upper and lower porches bring to mind Hansel and Gretel – accentuated by the colorful fall foliage surrounding the home (Photo by Evan Leith on Unsplash).

What About the A-Frame Today?

Throughout the ‘50s and ‘60s, Americans reveled in the charm of the A-frame. But by the mid-70s, in the era of huge estates and mansions, simple was replaced by big and elaborate.  Soon, the A-frame began to fade, including the iconic buildings of Campbell, Geller and other A-frame architects.

Today, a few existing A-frames are being renovated and there are plenty of signs of new construction now -- as opposed to only a few years ago.  These designs take the best elements of A-frame house plan design and include modern amenities and conveniences, such as this A-frame house plan from The Plan Collection. A compact A-frame design, this house plan still includes three bedrooms, a galley kitchen with breakfast bar, and plenty of outdoor living space. 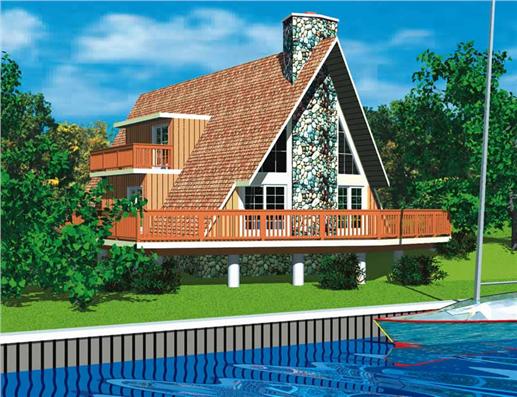 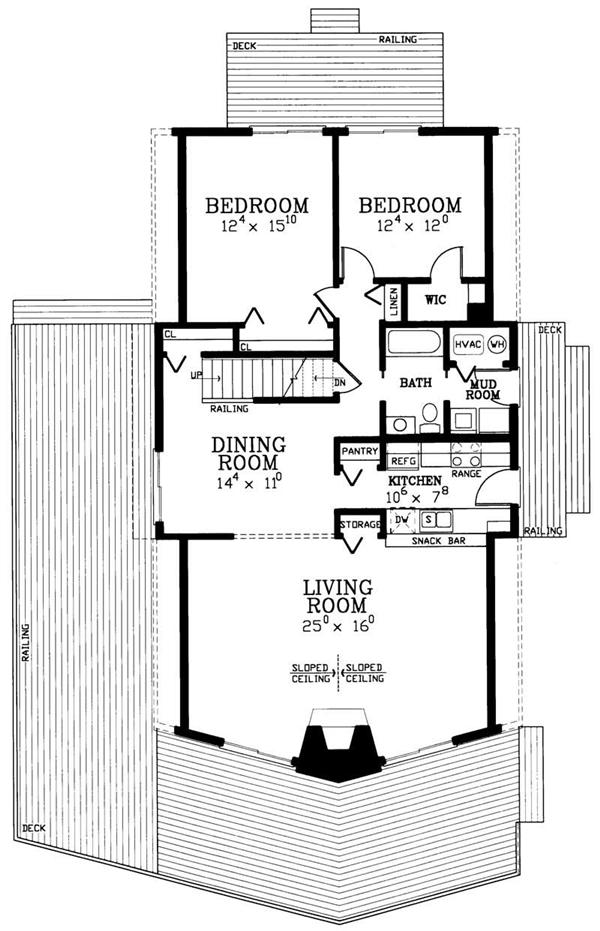 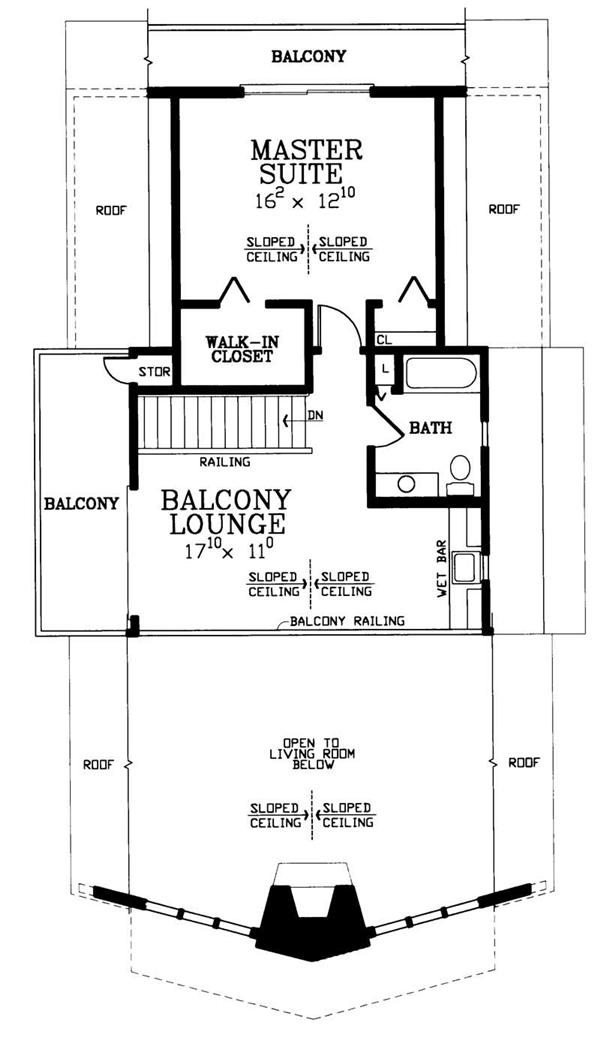 The A-Frame's floor plan exhibits all the classic elements of an a-frame home but also includes plenty of modern conveniences like two full bathrooms, a walk-in closet, and even a mud room (Plan #137-1205).

Americans still dream of weekend getaways and a second home. For some, the A-Frame is an ideal vacation retreat. So slowly but surely, the A-Frame is getting a revival.  And like the circle of life, it is returning to the consciousness of those interested in simple but versatile homes.