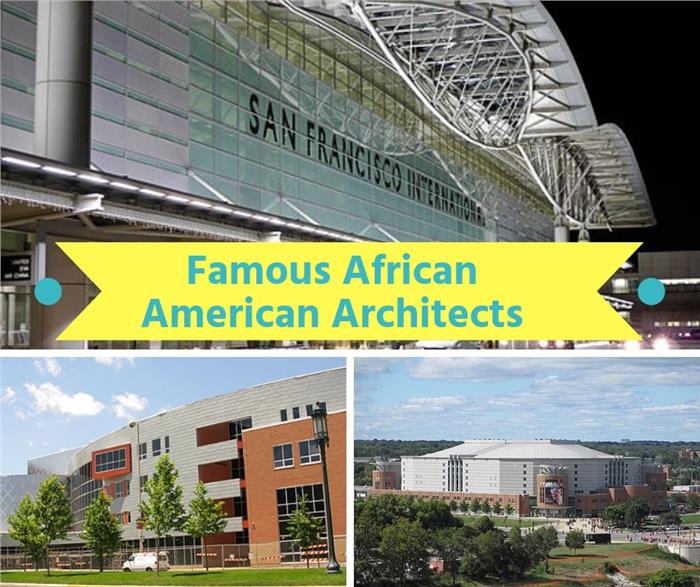 At just over 100 years since Vertner Woodson Tandy was the first African American to be admitted to the American Institute of Architects, black architects have made an impressively lasting contribution to the U.S. architectural scene, not to mention American culture in general. And today’s crop of architectural professionals is no different, making more of an impact, it may be argued, than ever – from museums to sports buildings to government centers to airports and more.

David Frank Adjaye: Architect with “An Artist’s Sensibility and Vision” 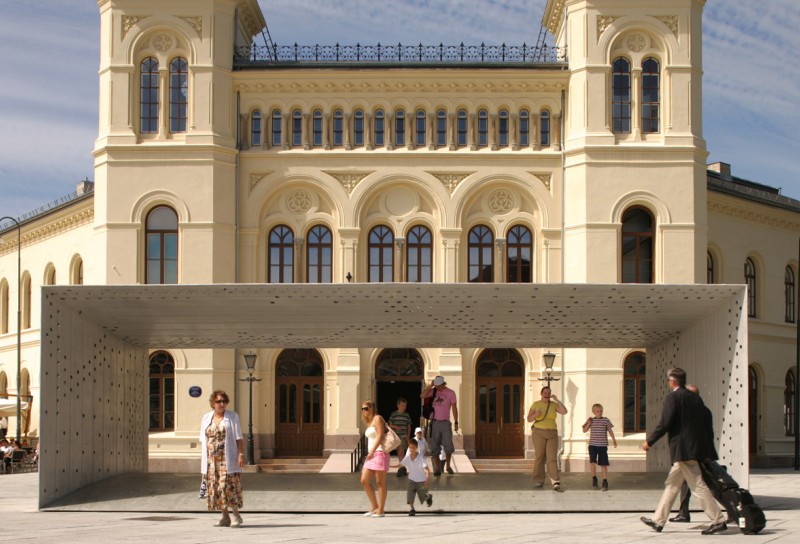 A major figure of his generation, David Adjaye is internationally acclaimed for his diverse designs and creative uses of materials, and light. His interests and focus range from contemporary art, music, and science to African art forms and the civic life of cities.

The New York and London-based architect was born in Tanzania to Ghanaian parents. Because his father was a diplomat, Adjaye lived in Egypt, Lebanon, and other countries and at an early age and was exposed to different cultures and architectural styles.

When his family settled in London, Adjaye attended London South Bank University where he earned a Bachelor’s degree in Architecture. While studying for his degrees, Adjaye worked at several architectural firms in London. In 1994, a year after he received a Master’s in Architecture from the Royal College of Art, he formed Adjaye and Russell.  Six years later – in 2000 – he established Adjaye Associates.

One of Adjaye's projects, The Museum of Contemporary Art in Denver – built in 2007 – is the official home for contemporary art in Denver. While there is no permanent collection at the Museum, there are rotating exhibits

In 2009, Adjaye received his most prestigious assignment when he became a part of the Freelon Adjaye Bond/Smith Group (FAB) team, selected to design the Smithsonian National Museum of African American History and Culture in Washington, D.C.

Awarded an OBE (Order of the British Empire) in 2007, Adjaye was recently knighted by Queen Elizabeth II for his contributions to architecture. He has taught at the Royal College of Art and the Architectural Association School in London, and has held distinguished professorships at the University of Pennsylvania, Yale, and Princeton.

Today, Adjaye divides his time between his London and New York City offices where he works on various design projects.

Philip Freelon is a co-designer of the Smithsonian

For Philip Freelon, designing the new Smithsonian National Museum of African American History and Culture was not only a professional honor but also a rewarding personal moment. Growing up in the ‘60s and ‘70s, Freelon recalled the “black pride days” and the time his father participated in the March on Washington and heard Martin Luther King, Jr.’s “I Have a Dream” speech – not too far from the very spot that the new museum now stands. 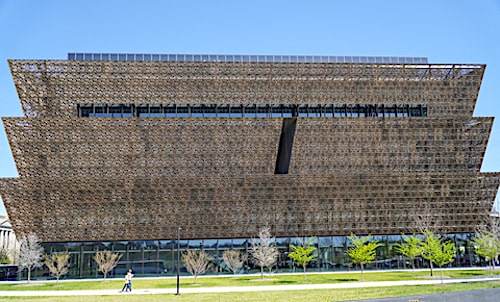 Acclaimed as one of the country’s most successful and talented architects, Freelon formed the Durham, North Carolina-based Freelon Group in 1990. In 2014, Freelon’s company joined the Perkins+Will global firm – making the merged group the largest architectural firm in North Carolina. He heads the Research Triangle Park and Charlotte Offices and is a key leader of the firm’s cultural and civic practice.

Freelon’s success is rooted in architecture that engages the community and enhance the lives of everyday people. He has stated that he likes “to create beauty in everyday lives” – a mindset that has defined his work in the public sector, with projects like libraries, museums, and government buildings.

His firm has designed a number of cultural and educational buildings in North Carolina and across the U.S.  Among their projects are the National Center for Civil and Human Rights in Atlanta, the Harvey B. Gantt Center for African-American Arts + Culture in Charlotte, and the Museum of the African Diaspora in San Francisco, which features a glass wall, a transparent stair, and a handrail system that is visible from the street.

Curtis J. Moody is the CEO and president of Columbus,

owned architecture firm in the U.S.

“Just an architect. A really good one.” That’s how Curtis Moody, one of the country’s premier African-American architects, wants to be defined.

In 1982, in the midst of an economic downturn, Moody started his practice in a house in Columbus, Ohio – and a year later, counted nine employees in his fledgling architectural firm. As Moody established a reputation as a great talent, he attracted more clients; and in 1984, he partnered with Howard Nolan to form Moody Nolan.

A basketball player for Ohio State University in the early 70s, Moody channeled his passion for athletics into a successful business: designing sports and recreation facilities for cities, colleges and universities. His impressive work on the Jerome Schottenstein Center – a multi-purpose athletic venue on the campus of Ohio State U – cemented his reputation as an architect and that of his firm. 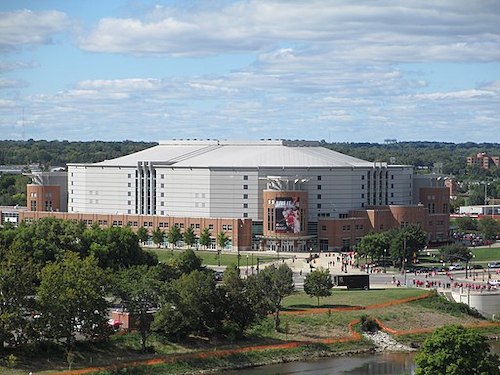 While Moody has distinguished himself in the sports facilities field, he also works on diverse projects including fire stations, performing arts centers, libraries, schools, public service buildings, and more. Whether in Columbus, Cincinnati, Cleveland, or another city in the U.S., Moody and his firm “create functional yet iconic design statements” – not only addressing a “client’s unique vision” but taking it to another level: a style Moody calls “responsive architecture.”

In almost 40 years as an architect, Moody has designed more than $4 billion of building construction and received 26 design awards from the National Organization of Minority Architects (NOMA), more than any other minority firm in the country.

A 1973 graduate of Ohio State University with a Bachelor of Science degree in Architecture, Moody studied Urban School Planning & Design at Harvard Graduate School of Design. He is a winner of the prestigious Whitney M. Young, Jr. award as an outstanding African American Architect in the United States.

The Erich Kunzel Center for Performing Arts and Education in Cincinnati, Ohio, is the first public K-12 arts school in the U.S. It combines two nationally renowned Cincinnati Public Schools: the School for Creative and Performing Arts (SCPA) and the Schiel Primary School for Arts Enrichment (photo credit: Cincinnatti-SCPA by Wholtone, Public Domain).

Allison Williams: From Art to Architecture

Allison Williams is the Vice President and Director of

Growing up in a home that was visually-based – her father was an engineer-urban designer who built their home in Cleveland and her mother was a journalist and very artistic – Williams was naturally drawn to art and its expression. She received her undergraduate degree in the practice of art at the University of California-Berkeley. Surrounded by artists in Berkeley but frustrated with the uncertainty of art as a career, Williams enrolled in a Masters of Architecture program at Berkeley.

Inspired by her father and mentors at architectural firms early in her career, Williams brought her passion, creative vision, and talent into her work – eventually becoming a prominent and respected architect.

In more than 30 years in the field, Williams has designed major projects in the San Francisco Bay Area, in other major cities across the U.S. and the world. Her work extends to civic, cultural, commercial, corporate and research facilities. Among her significant large-scale projects are the International Terminal at San Francisco International Airport, the Princess Nora Bint Abdulrahman University Health Sciences and Research Campus (Riyadh, Saudi Arabia), a research facility in Singapore, and the August Wilson Center for African American Culture in Pittsburgh, which is named after the renowned playwright and celebrates the contributions of African Americans to American culture, art, music, and theatre in the region and globally … past, present, and future. 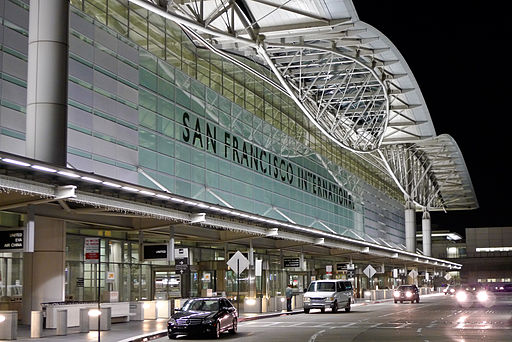 A recipient of The Loeb Fellowship at Harvard Graduate School of Design, Williams was elevated to Fellow in the American Institute of Architects in 1997. She is a member of the Harvard Design Magazine Practitioners Board and past-Chair of Public Architecture's Board of Directors. Williams is a frequent lecturer and a Peer Reviewer for the GSA Design Excellence Program and as a juror for the 2011 AIA National Design Awards.

At the 2015 AIA Women’s Leadership Summit, Williams urged attendees to “stay true to themselves, do what they love doing, and do it without being apologetic.” She said: “We’re here because we’re architects and passionate, not because we’re women.” 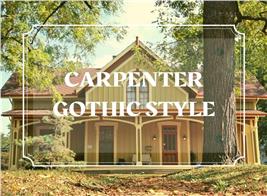 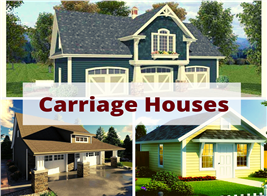 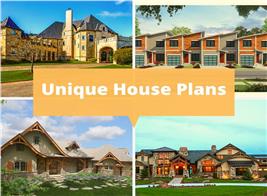 12 Unique House Plans That Are Sure to Stand Out

advanced
Get exclusive offers, tips and updates
Building a Home Plan with an Indoor Basketball Court
Dream House Wish List Ideas and Must Have Rooms
10 Features to Look for in House Plans 2000-2500 Square Feet
A Guide to Garage Shop Plans, Mother in Law Suite Plans & Other Garage Ideas
Exterior Sheathing – Top 5 Exterior Wall Sheathing Options for New Home Builds
1. Building on Slab vs. Crawl Space vs. Basement? Advantages / Disadvantages
Beachfront, Key West Style, and Other Waterfront Home Ideas
2x4 vs 2x6 Exterior Walls for New Home Construction
Top Trends in House Plan Design for 2018
What Comes Next? What to Expect When You’re Building a Home from the Ground Up

Building a Home Plan with an Indoor Basketball Court
Dream House Wish List Ideas and Must Have Rooms
10 Features to Look for in House Plans 2000-2500 Square Feet
A Guide to Garage Shop Plans, Mother in Law Suite Plans & Other Garage Ideas
Exterior Sheathing – Top 5 Exterior Wall Sheathing Options for New Home Builds
1. Building on Slab vs. Crawl Space vs. Basement? Advantages / Disadvantages
Beachfront, Key West Style, and Other Waterfront Home Ideas
2x4 vs 2x6 Exterior Walls for New Home Construction
Top Trends in House Plan Design for 2018
What Comes Next? What to Expect When You’re Building a Home from the Ground Up