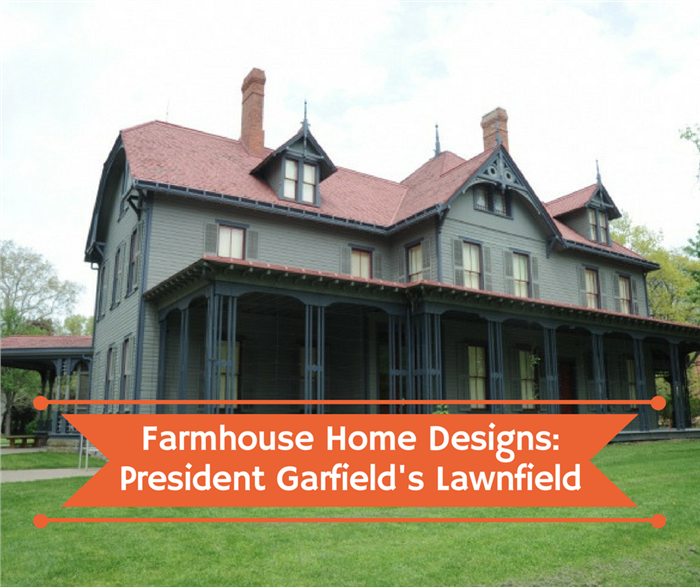 How a Farmhouse Front Porch Launched a Presidential Campaign

History buffs and most of those who were born and raised around the shores of Lake Erie know James A. Garfield, the 20th President of the United States, as a familiar and compelling personality – a native son to be proud of and lamented at the same time. Only a few months after his inauguration, Garfield’s promising administration was cut short by an assassin’s bullet. In July 1881, Charles Guiteau, a disgruntled lawyer who was denied a Cabinet position, shot President Garfield at a train station in Washington, D.C.

For a majority of us who know precious little about this intriguing man, here are a few fascinating facts about him, his beloved Farmhouse style home in Ohio, and his 200 days as President of the country.

James Abram Garfield was the last of the seven log cabin presidents of the United States – so-called because they were born on the “wild” frontier. The youngest of Abram and Eliza (Ballou) Garfield’s five children, he was born on November 19, 1831, in a plain and simple one-room log cabin in rural Orange Township, Ohio. His father died when he was two years old, so his mother raised him and his siblings on her own. Garfield continued to live in their log cabin home until 1859 when he was elected to the State Senate. 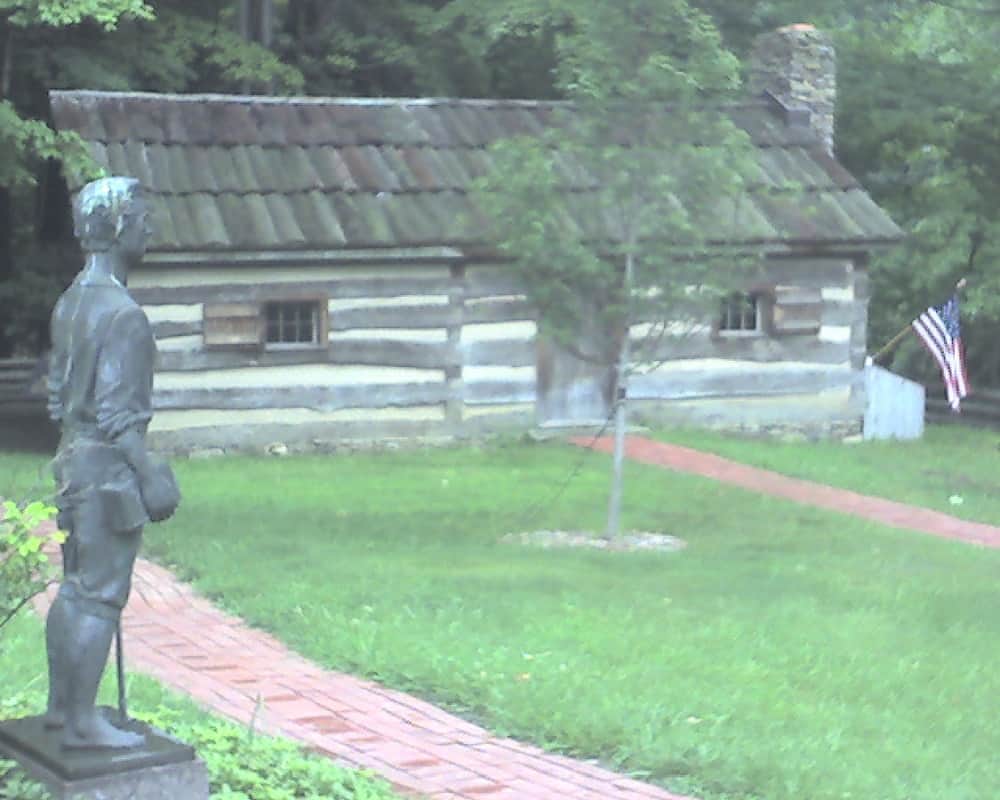 A replica of the primitive-looking log cabin where President Garfield was born is preserved and maintained in his birthplace of Moreland Hills, Ohio. The photo captures the “frontier” property where the cabin was built
(Photo credit: Mayor Pez, public domain) 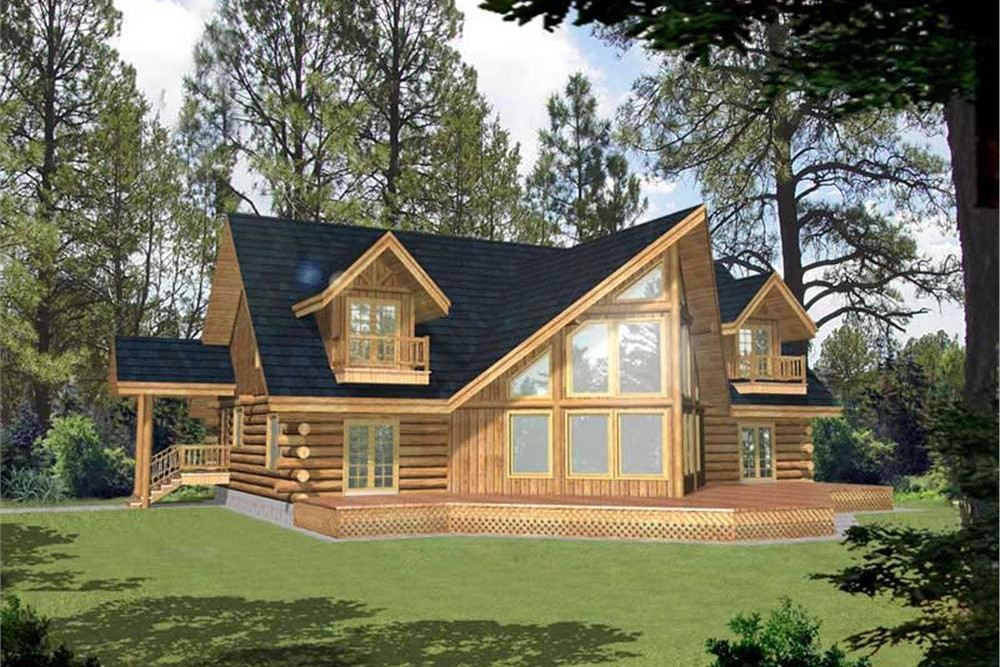 A far cry from the log cabins on the frontier, today’s modern log cabins is sought after as vacation and permanent homes by a growing number of homeowners. This 2-story, 3-bath Log Cabin style home with 3,219 square feet of space features 3 bedrooms and Great Room with vaulted ceilings, a small covered front porch, a large rear deck, and balconies off the upstairs bedrooms (House Plan #132-1400).

Farmhouse for a Congressman

While in Congress, and faithful to his frontier origins, Garfield looked for a place where he could “put my boys at work and teach them farming and where I can touch the earth and get some strength from it.” In 1876, he found – and then purchased – a 118-acre farm in Mentor, Ohio, that the family called “Mentor Farm.” The property included a one-and-one-half-story house originally built in the 1830s as a two-room residence. The house had been renovated in the 1850s – going from two rooms to nine rooms – which suited the Garfields and their children.

Between 1877 and 1880, the Garfields started their own improvements to the home – adding another level, 11 more rooms for a total of 20, and a front porch. They also redecorated and refurnished the home’s interior, and it was destined to take its place among famous President homes.

The most popular and talked about innovation in the James A. Garfield home was the large front porch. The porch addition helped to make the home look like more of an iconic farmhouse plan. It was from this spot at Lawnfield that he “conducted much of his successful and precedent-setting “front porch campaign.” With supporters and reporters crowded around the yard, Garfield found it convenient to hold press conferences and deliver campaign speeches from his front porch.

While there was an office inside the residence for private meetings, the official campaign headquarters was a small building on the grounds. It was equipped with a temporary telegraph to send and receive messages. 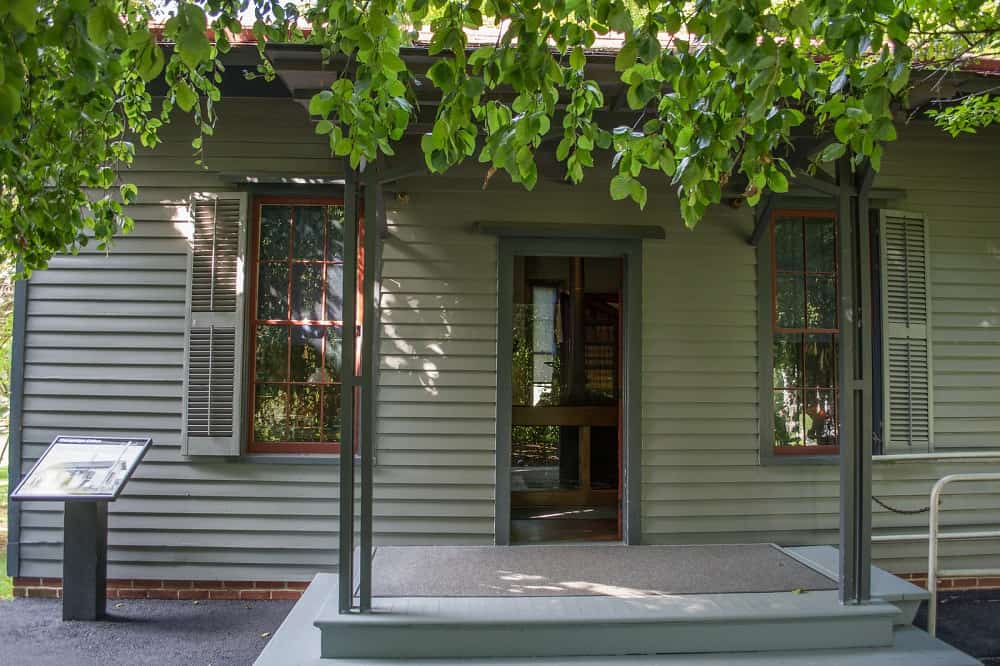 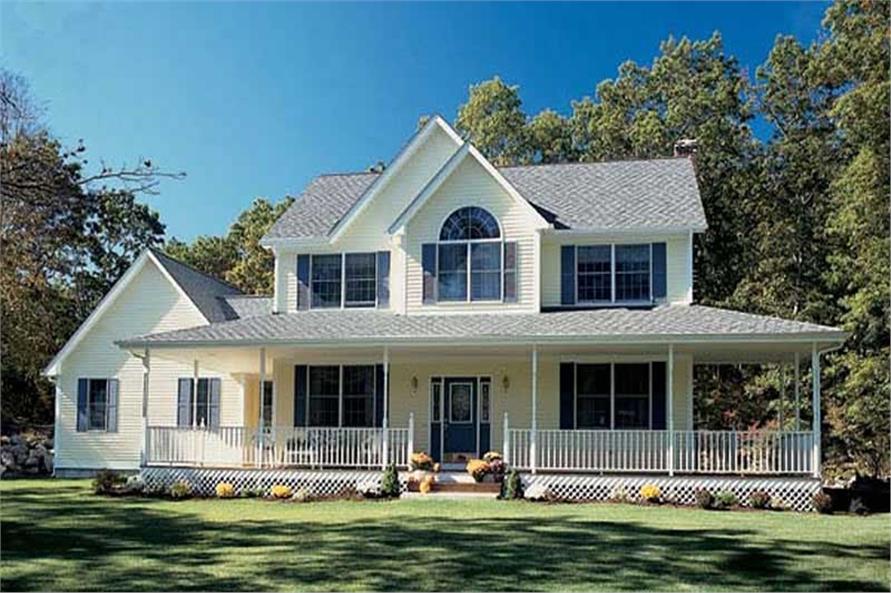 A significant part of American homes, the covered front porch is as popular today as it was in the 1880s. This 3-bedroom, 2.5-bath Country style home features a charming wraparound front porch that is the perfect spot to sit and relax or enjoy a book and the beautiful outdoors (House Plan #131-1013). 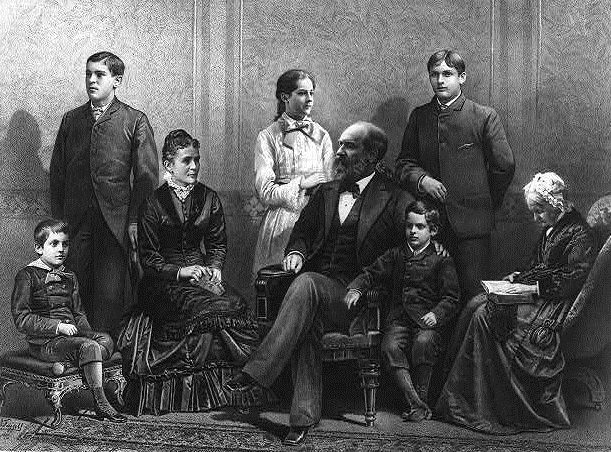 President and Mrs. Garfield are shown in this photo with their five surviving children and Mrs. Eliza Garfield, the President’s mother.
(Source: Library of Congress Prints and Photographs Division) 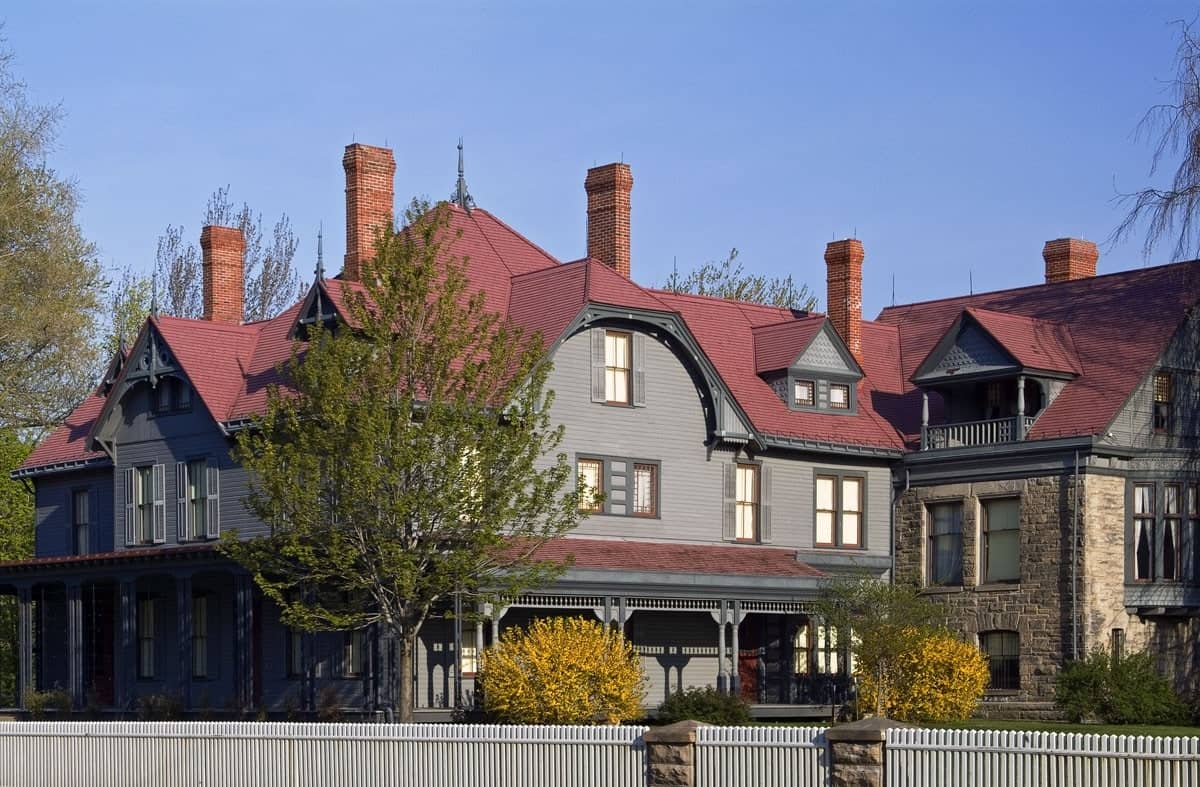 Garfield had the house renovated to include 20 rooms with the addition of a whole second story. The most popular and talked-about addition was the covered wraparound front porch.
(Photo credit: National Park Service) 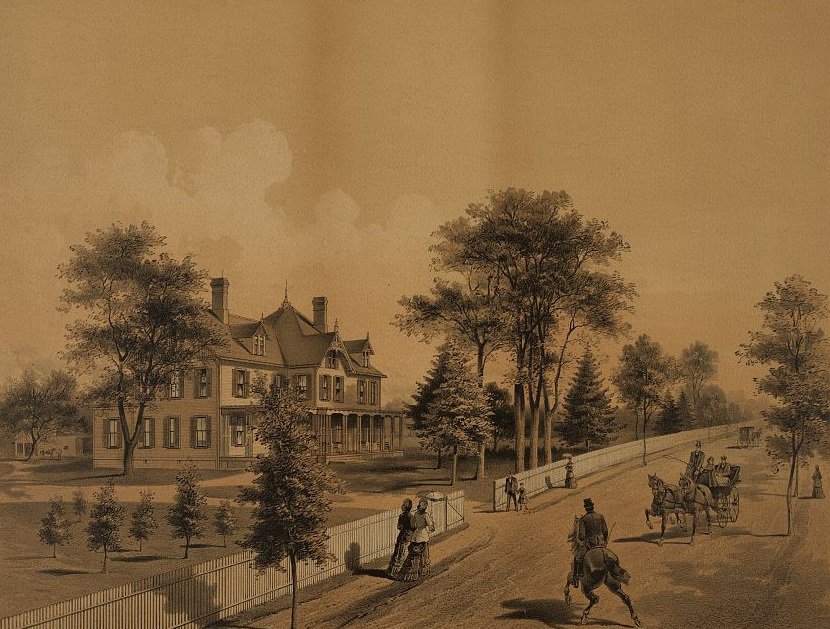 This panoramic view of the Garfield estate – the property and house – dubbed Lawnfield is from the time of the 1880 Presidential campaign.
(Source: Lithograph, Buffords Sons, circa 1881, Library of Congress Prints and Photographs Division) 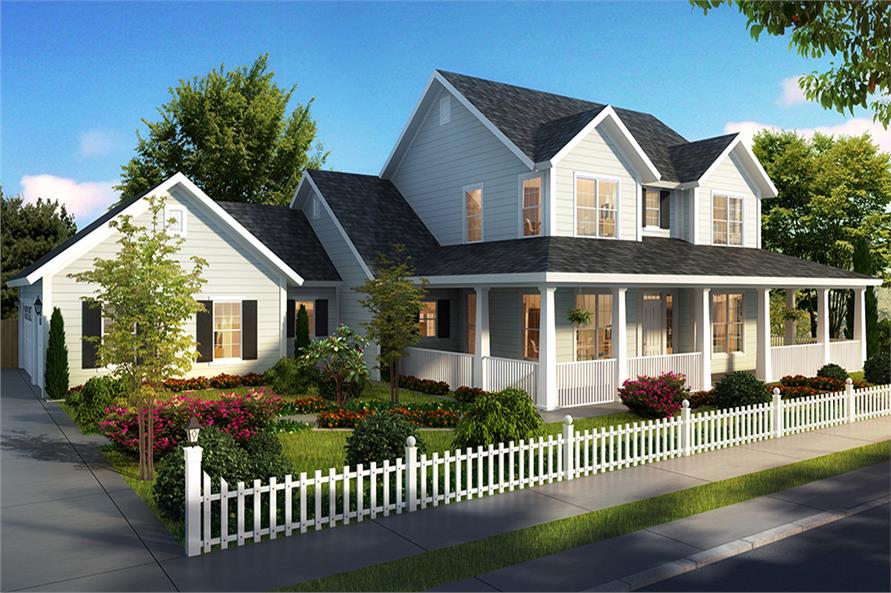 During the Republican Convention of 1880, Garfield became the “dark horse” presidential nominee of the Party on the 36th ballot. As he began his campaign, visitors, constituents, and out-of-town and local political reporters descended on the farm to see and hear the Presidential hopeful.

The small town of Mentor did not have enough hotel rooms and boarding houses to accommodate all the visitors and reporters. So they camped out on the lawns of Mentor Farm – and started calling the presidential estate “Lawnfield” after its lush and expansive grounds. And so, Mentor Farm became Lawnfield – a more fitting, appealing, and lasting name for a presidential residence.

Garfield ran away from home when he was a teenager to be a sailor – but instead, he ended up working as a canal boat tow boy. After a year, Garfield returned to their log cabin to continue his schooling – eventually overcoming his poor origins with education and hard work. He enrolled at Western Reserve Eclectic Institute (later Hiram College) and graduated from Williams College in Massachusetts with honors.

The teen turned into a multi-faceted hard-working and ambitious man who became a skilled public speaker, a teacher, a college president (Hiram College), and a Christian minister. In addition, he studied law independently and was admitted to the Ohio Bar Association in 1860.

He married fellow Western Reserve student Lucretia Rudolph in 1858; they had seven children – five of whom survived into adulthood. In the early years of their marriage, the Garfields spent little time together because he was in the State Legislature and served in the Union Army during the Civil War. 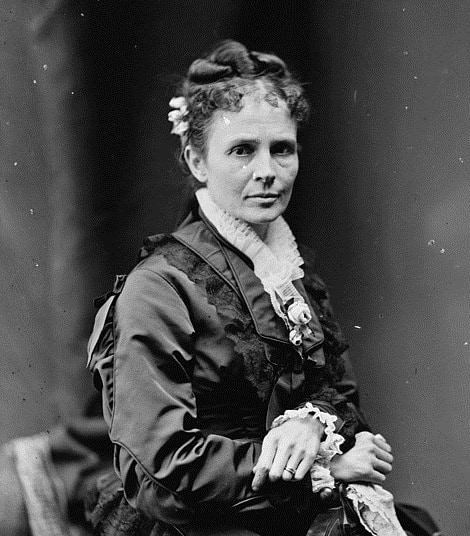 Lucretia Garfield was the eldest of four children of Zebulon Rudoph, a wealthy carpenter farmer, and Aabella Mason Rudolph. She and President Garfield met when they were students at Western Reserve Eclectic Institute.
(Source: Circa 1870-1880, Brady-Handy Photograph Collection, Library of Congress)

Garfield joined the 42nd Ohio Volunteer Infantry of the Union Army and served as a lieutenant colonel. In November 1861, his brigade drove Confederate forces out of eastern Kentucky at Paintsville and Prestonsburg.

In 1862, Garfield ran on an anti-slavery platform and won a seat in the Ohio Senate. He had planned on maintaining his post as Major General in the Ohio Volunteer Infantry while serving in Congress. But at the behest of President Lincoln, he concentrated all his efforts and energy on being a Congressman. He served in the U.S. House of Representatives for 17 years and was the leader of the Radical Republicans.

Long before Lou Henry Hoover, Eleanor Roosevelt, Jackie Kennedy, Betty Ford, Hillary Rodham Clinton, Michelle Obama, and other First Ladies of the United States who advocated for desegregation, equal rights, beautification of communities and other causes, there was Lucretia Garfield.

One of the more interesting First Ladies in history, Lucretia Garfield was a progressive, forward-thinking, and intelligent woman, whose “early achievements and choices presage those of her 20th-century successors.” She was an outstanding student at Western Reserve Eclectic Institute, an impressive public speaker, and a trained educator. She continued to teach until the birth of a daughter in 1860. Thereafter, she managed the home and oversaw the decorating and improvements to the family homes. 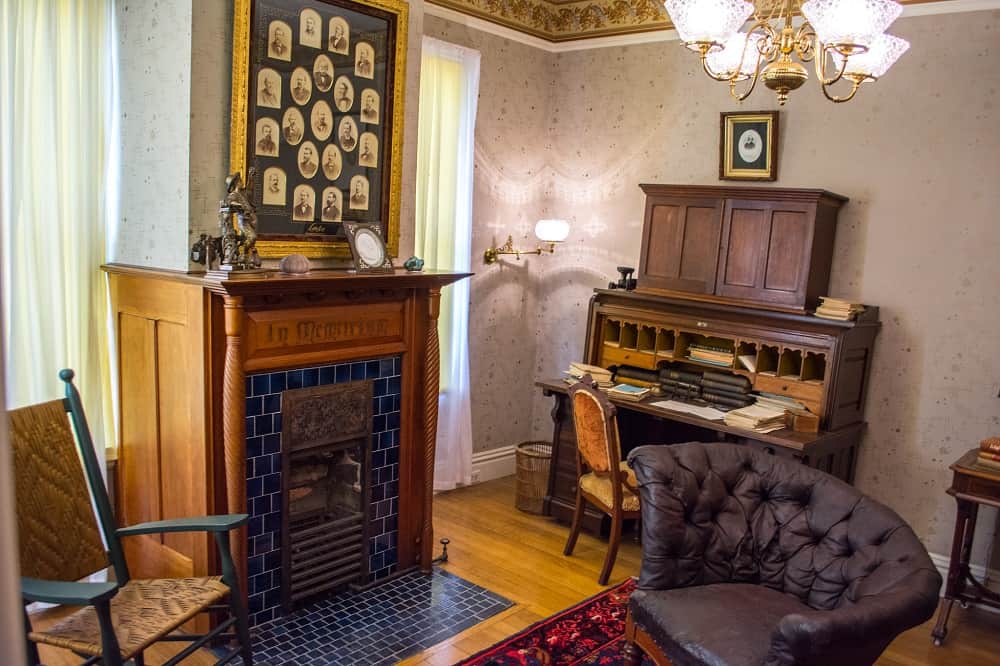 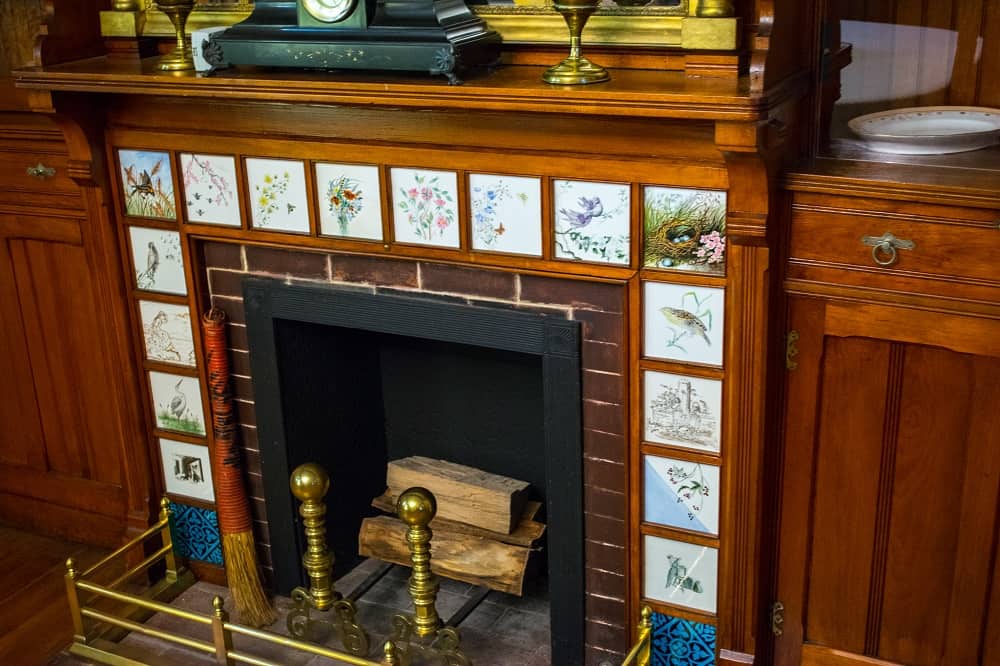 Before Mrs. Garfield could really make any changes as First Lady, President Garfield was shot by a disgruntled office-seeker and died two months later. She was at the President’s side during the final weeks of his life.

After his death, Lucretia Garfield devoted herself to her children and Lawnfield. With sizable donations from the American public, she set out to transform Lawnfield into a “memorial for her husband, as well as a country estate and a place to enjoy her children and grandchildren.” She added a new wing to the house that featured a library for President Garfield’s papers.

Mrs. Garfield lived at Lawnfield until her death in 1918. Her brother Joseph Rudolph lived there until 1934. In 1936, the Garfield children donated Lawnfield to the Western Reserve Historical Society for use as a museum. In December 1980, the U.S. Congress declared the Garfield home a National Historic Site. 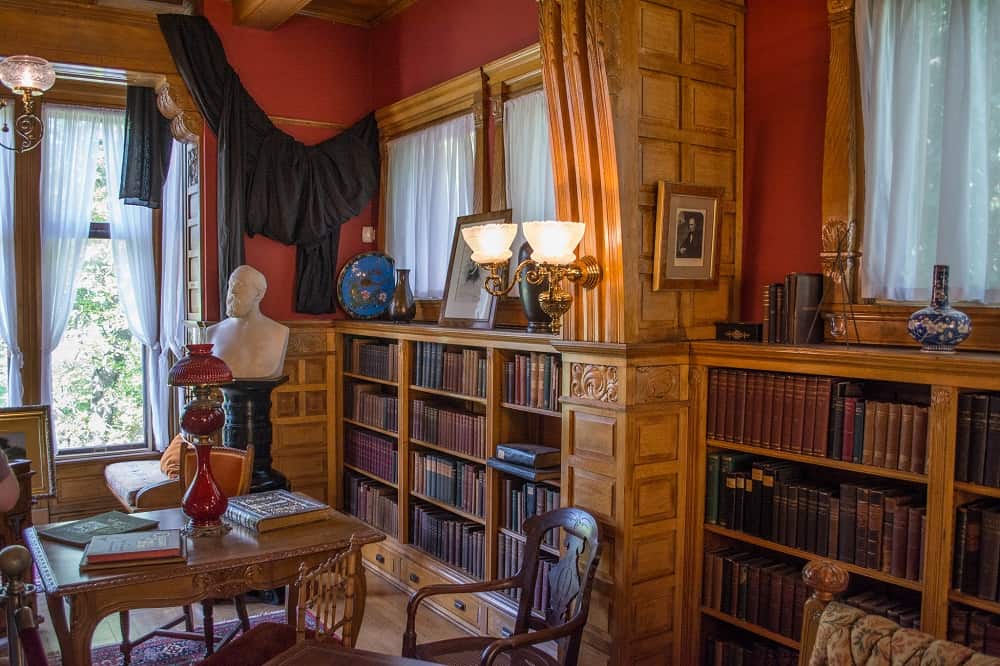 The new wing at Lawnfield had a library that initially contained all of President Garfield’s papers and books. Today, they are in the Library of Congress.
(Photo credit: Memorial Library 03, Tim Evanson under CC BY-SA 2.0)

On this Presidents’ Day, we celebrate James A. Garfield, the multi-faceted 20th President of the U.S. who overcame poverty through hard work and his dedication to education and learning. You might also be interested in Teddy Roosevelt’s Sagamore Hill, James Madison’s Montpelier, and John Kennedy’s traditional homes.